Are They Ready to Play The Distance Game? 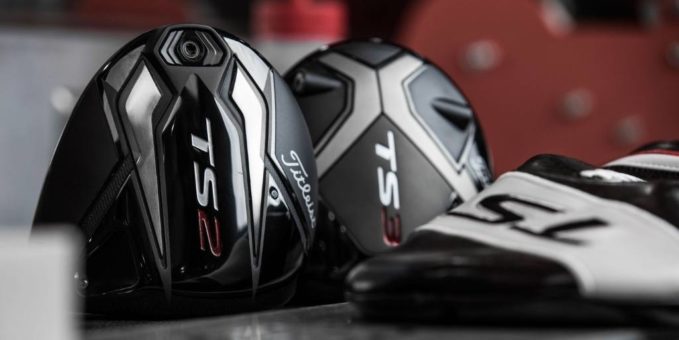 Titleist is one of the most respected golf club manufacturers out there. However, in recent years they have lost ground in the driver market to companies like TaylorMade and Callaway. One of the main complaints is that their drivers are not as efficient at creating ball speed and distance for golfers. Recently, they announced the release of the Titleist TS Drivers which is the company’s official entry into the ball speed wars.

I was able to test the Titleist TS2 and TS3 driver heads to see how they compared to my 917 D3 driver. I was very encouraged by the results, and I believe they are onto something here.

The Long, But Mostly Short Of It…

Several months ago I was in the room with a club fitter and Titleist staff member. Their exchange largely encapsulates what has been the issue with Titleist drivers. The staffer profusely thanked the fitter for getting him a Callaway Rogue driver. He gained almost 20-30 yards because he was able to lower his spin dramatically. While the teaching pro felt guilty about not playing a Titleist driver, he was giddy about the distance he had gained.

Callaway and TaylorMade are dominating the driver market right now. The Rogue and M Series are the two best-selling drivers because both companies are giving golfers precisely what they want – more distance. Everything is about creating more ball speed, and they have invested tons of money trying to figure it out.

Titleist has chosen not to play this game, to their detriment. Many people in the club fitting world will tell you a similar story about their 917 Drivers (and prior models) – they spin too much and won’t go as far. To maximize your driver distance, you (generally) need to satisfy the holy trinity – more ball speed, lower spin, and higher launch. The perception is that Titleist has not done this as well as their competition.

We Want to Play the Speed Game Now

It sounds like Titleist got the message loud and clear from the golf world. The TS stands for “Titleist Speed.” The engineering was asked to create more speed and distance for golfers, and the release of these new drivers is the culmination of that research and development.

Every hot driver release has all kinds of marketing jargon that gets golfers salivating. Here is a recap of the Titleist TS Driver changes:

That all sounds great, but if you go to any OEM’s website, you will see similar language. I have tested a ton of equipment and learned a lot about clubfitting since starting this site, and here is what I can tell you…

Not Every Driver Is Right for You

Every manufacturer is making great equipment these days. However, there are still differences in designs that make certain clubs more appropriate based on a golfers swing. That is why I am a huge advocate of getting custom fit for equipment. I have seen significant changes in performance in my own game and other golfers when they go from the wrong setup to the right one.

Generally speaking, most golfers need help reducing spin, adding ball speed, and increasing the launch angle with their drivers. While the pros on TV are hitting it ridiculous distances, the recreational golfer is still only driving the ball between 190-240 yards. Simply put, they need all the help they can get.

Callaway, TaylorMade, Ping, and several other companies have focused on satisfying those parameters. But it doesn’t work for everyone.

For example, I am a very low-spin player. I tried playing the Callaway Epic when it came out a couple of years ago and lost about 20-30 yards of distance. Why did that happen? Because the driver was so effective at lowering spin that I couldn’t keep the ball in the air. My drives were like ducks falling out of the sky because I was spinning the ball as low as 1300 RPM.

Strangely enough, the Titleist 917 D3 is the perfect driver for me because it added a little bit of spin. I’ve been playing it for two years now, and love it. That is why I was so interested to see how their TS Drivers performed.

Long story short, each golfer’s swing is unique. You want to match the correct driver head (loft, center of gravity, MOI etc) to your swing. But it is best not to listen to a golf manufacturer’s marketing department for that information.

Recently, I got my hands on a TS2 and TS3 driver heads. Typically I don’t do much club testing on my site because one golfer’s results are not the end-all-be-all. However, since I am a 917 user, I thought it might be interesting to see what changes I saw in ball flight.

For the test, I used the same shaft I have in my 917 D3 driver and also used the same settings for loft and ball flight bias. The TS2 head was 10.5 degrees, which is the same as my driver. The TS3 head was 9.5 degrees of loft, which unfortunately is too low for me. So I was mostly interested in what the TS2 was showing.

Here are the results on the critical launch parameters:

First off, there is no question that it added ball speed from my 917. I gained 2mph, which is not earth-shattering, but not insignificant either. A friend of mine who is a Titleist staffer increased about 4mph in speed over his 917 driver, with many others showing similar gains.

On the Titleist TS2 head, my spin was lower and launch angle was considerably lower too. While I had gained more ball speed, I was not entirely taking advantage of it.

I spoke with one of the more respected club fitters out there, and he believes it is because Titleist has lowered the lofts on the TS drivers to create more ball speed (Callaway and others have done this too). So while the head might say 10.5 degrees of loft, the effective loft is likely lower. It is not uncommon for the real loft to be different than the stated one.

So if I tried out the 11.5-degree model, I likely could have gotten up to the 15 degrees of launch I see with my 917 driver. That would allow me to take more advantage of the increased ball speed and produce more distance than my 917 driver. Alas, my test was hardly scientific, but it did shed some light.

This exercise shows just how vital experimenting with different lofts, heads, and shafts can be. Overall, I think Titleist has delivered on their promise based on what I experienced, but it’s clear I would need to change the loft if I went with the TS2 head from my 917 D3.

Based on what I saw from my testing, and what I see from some trusted sources I think Titleist has achieved their goal is the TS Drivers. I see similar gains over my 917 driver than I saw with the Callaway Rogue.

While every golfer is different, I think certain players are going to see significant distance gains with these drivers.

I wouldn’t say that Titleist has leapfrogged their competition. Instead, I think they are now in the conversation when it comes to creating ball speed and distance for golfers.

As always, I recommend testing equipment before you buy it. If you can work with a competent clubfitter, they can help you evaluate which combination of driver head and shaft is optimal for your swing.

The Titleist TS2 and TS3 are now available for pre-order and will release on September 28th.