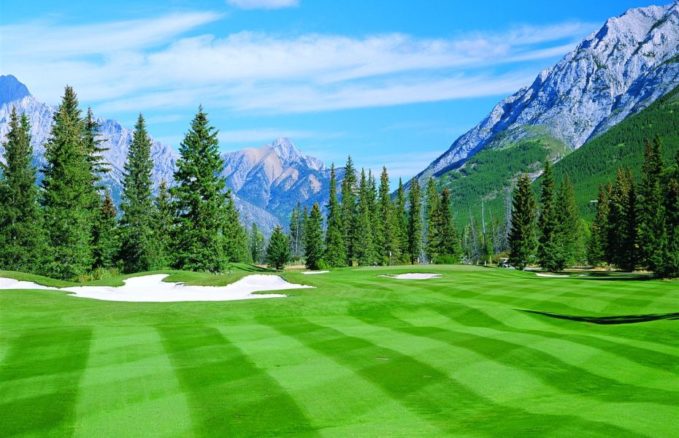 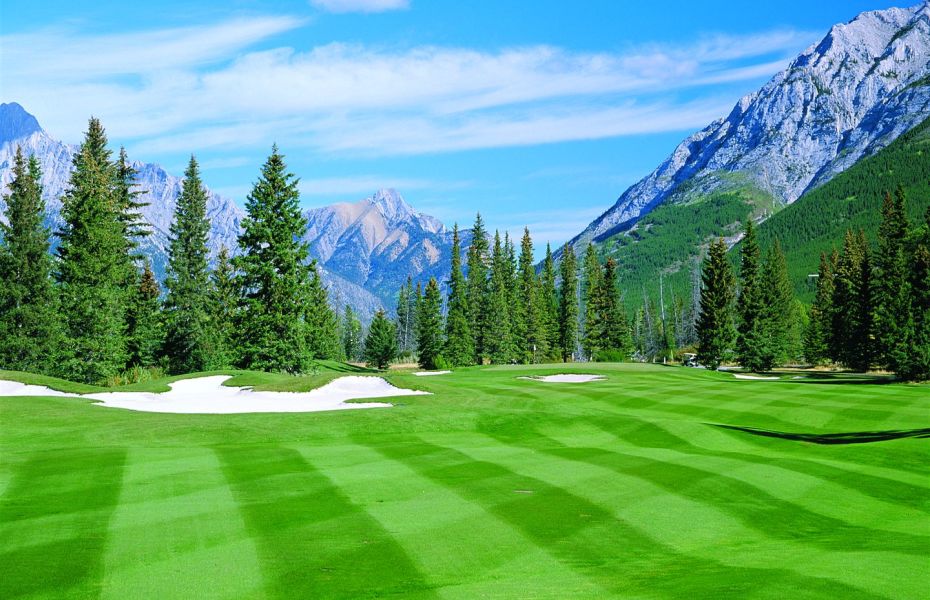 Western Canada’s province of Alberta features both dramatic mountain ranges and expansive prairies. It’s also home to some of the north’s most legendary resort golf, not to mention a smattering of the best golf courses in Alberta found around its two largest cities, Calgary and Edmonton.

There is also a lot going on these days with long-awaited re-openings and even brand-new golf coming to metro Calgary.

No mention of the best golf courses in Alberta is complete without mentioning the gorgeous national parks of Canada and Stanley Thompson, the country’s most acclaimed Golden Age architect. He built two dazzling courses in the Canadian Rockies: Fairmont Jasper Park Lodge and Fairmont Banff Springs. Both are frequent picks for being among the Top 5-10 courses in the country. At Banff, “Devil’s Cauldron” may be the most famous par 3 in the entire world, or at least west of TPC Sawgrass.

These two national parks courses are separated by about three hours-drive on the Icefields Parkway. There are loads of other noteworthy plays in the mountains that are more modern. Stewart Creek and Silvertip are two of the most reputable courses near Banff. Canmore Golf & Curling Club has a more traditional mountain layout and is semi-private during the summer golf season.

2018 was a big year in the Rockies thanks to the reopening of Kananaskis County Golf Courses. These 36 holes, designed by Robert Trent Jones Jr., were wiped away in a historic flood several years ago. It took several years to secure government funding and approval to rebuild, but in 2018, they official reopened both the Mount Kidd and Mount Lorette courses.

Another brand new course to keep an eye on is in metro Calgary: Phil Mickelson is designing Mickelson National, an exclusive private club. But for those looking for public courses around the area, there are plenty to choose from. And the “prairie” courses are more affordable as well. Two former Web.com hosts west of Calgary can be found at Redwood Meadows and The Links of GlenEagles. Nearby, you can also play a more tree-lined layout at Water Valley Golf & Country Club.

Closer to the city center, take a look at Inglewood Golf & Curling Club, or visit Shaganappi Point Golf Course, considered by many to be the one of the best golf courses in Alberta, and provides  scenic skyline views. For a semi-private experience, check out Hamptons Golf Club, which was once fully private.

Lastly, you could check out a “Badlands” course in Alberta at Dinosaur Trail Golf & Country Club. The back nine winds up and down through dramatic elevation and terrain with historic fossil discoveries on property.

If This Happens to You, DON’T Panic! Every Golfer Deals With It

The Paradox of Choice | Practical Golf

Enjoy Tee Times and Membership Opportunities at a Private Club Near You – Golf Blog, Golf Articles

5 Misconceptions That Are Preventing Golfers From Improving