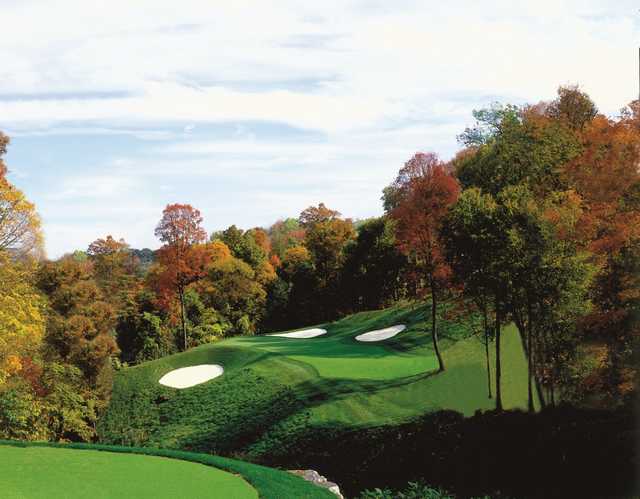 Pittsburgh’s proud identity is forged around its beloved sports teams (Steelers, Pirates, and Penguins), its abundance of bridges, its collection of art museums, and homegrown products such the Heinz ketchup. This underrated, highly livable city may not seem like a hotbed of golf, but it holds an exalted place in golf history. Arnold Palmer, “The King,” who did more than anyone to popularize the sport, learned the game under his father’s tutelage just 40 miles east of town at Latrobe Country Club, and he returned every year to spend his summers there. The best golf courses in Pittsburgh offer an excellent variety of diverse courses that appeal to every level of golfer.

Venerable, exclusive private clubs dominate Pittsburgh’s golf scene in and near the city. Pittsburgh Field Club and Fox Chapel Golf Club have notable courses, but the undisputed headliner is Oakmont Country Club, which tops all clubs in the country when it comes to hosting USGA and PGA championships. Oakmont’s championship tradition includes nine US Opens, five US Amateurs, three PGA Championships, and two US Women’s Opens. Dustin Johnson finally won his first major at Oakmont’s 2016 US Open.

In the public sphere, the best golf courses in Pittsburgh take full advantage of the rolling and hilly wooded terrain that dominates the Western Pennsylvania landscape, though you have to go a ways out of town to get to them. Olde Stonewall Golf Club (featured above), Tom’s Run at Chestnut Ridge Resort, Quicksilver Golf Club, and Cranberry Highlands Golf Course are characteristic of the region, while Totteridge Golf Club offers an opportunity to play links-style golf on a more open playing field.

The ultimate Pittsburgh-area getaway retreat is one of the most lavish, over-the-top resorts in the entire US: Nemacolin Woodlands Resort & Spa. Located an hour from downtown in Farmington, PA. Nemacolin’s accommodations include Falling Rock, a boutique hotel inspired by Frank Lloyd Wright’s nearby Fallingwater, and Chateau Lafayette, a hotel patterned after the Ritz Paris. The resort boasts two Pete Dye courses—Mystic Rock, which hosted a PGA Tour event and Shepherd’s Rock, which just debuted in the summer of 2017.