Goat Hill Park’s Caddie Academy: Golf Can Be More Than Just a Game 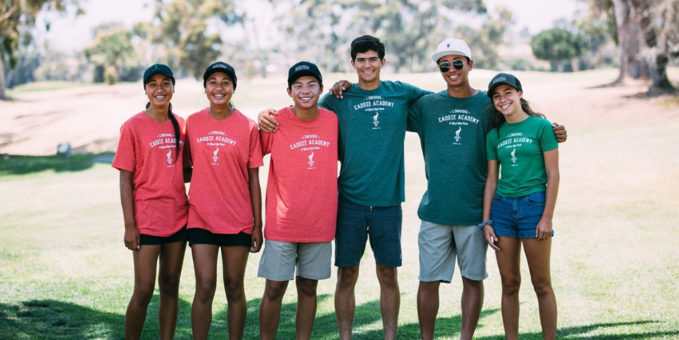 Anyone who is a lifelong golfer will likely agree that the game has taught them valuable lessons about life. It has taught me plenty about discipline, patience, and many other essential skills. In my opinion, that is why it is so important to expose today’s youth to the game in any way possible.

Since I started this website, I have seen numerous examples of great work being done at the junior level to help strengthen golf’s relationship with kids. One story in particular that caught my attention is what is happening at Goat Hill Park’s Caddie Academy in Southern California. I came across a recent fundraiser they had, which received more than $20,000 in donations. When I read more about how the caddie academy worked, it brought a smile to my face. People often talk about growing the game, but it’s nice to see real work being done.

The Caddie Academy at Goat Hill Park is a great program that was founded by John Ashworth and several others. Not only is the program exposing local youth to the game of golf, but it is teaching them about responsibility and helping to put them on a path to college.

You may recognize Ashworth’s name – he originally founded Ashworth Golf and now is behind Linksoul, one of my favorite clothing brands. Recently, I got a chance to speak with him about the caddie academy and what makes it so unique.

Much of the work they are doing can be summarized by something John told me at the beginning of our conversation:

How It All Got Started

Goat Hill Park is a fascinating story about municipal golf. Once a pillar of Oceanside, the course had fallen on hard times. The local community was considering shutting down the course in favor of development – a fate that has befallen many public courses around the country. After a very public battle, John Ashworth and several partners were able to take over operations of the golf course successfully.

This video gives an overview of the overall goal of the project:

Not long after they took over operations of Goat Hill Park, John discovered a caddie program in Colorado founded by local businessman George Solich. He was impressed with their progress and impact it was making in the community, and wanted to create a similar program for kids around Goat Hill Park.

John Ashworth reached out to Solich, and he offered his help and encouragement to get them started. Both men caddied in their youth, and credit the experiences as part of the foundation of their success later in life.

The Goat Hill Park Caddie Academy considers itself a “sister” to Solich Caddie & Leadership Academy. They were able to structure the program similarly as non-profit and employ similar guidelines for the teens to follow.

The caddie program at Goat Hill Park is finishing up its second season. John Ashworth told me that they are still figuring out how to provide more structure to the program, but they’re off to a strong start.

They’re not just offering local kids a job, but are also providing them with skills that will help them as adults in the future.

All of the kids come from low-income families in local communities. The goal is to use the program as a tool to get them on a good path towards college and beyond. John Ashworth said he is a firm believer that the game of golf and caddying are powerful in their ability to instill good values in youth (as they were for him).

Anyone in the program has to adhere to a set of guidelines. The teens must complete six loops every two weeks, and earn $200. They caddie for golfers who are screened as suitable mentors. The golfers themselves don’t pay for their caddies. Instead, it is funded through the grants.

On top of that, the caddies must meet specific requirements with their grades, do community service, and attend weekly meetings with speakers.

While the caddie program is still in its infancy, Ashworth told me that they are seeing a positive impact from the 12 participants. A few of the teens are already heading to college. Others have received help with transportation, books, and other costs in their lives through various fundraisers. Most importantly, many are enhancing their relationship with the game of golf and learning valuable skills that will serve them later in life.

John told me at a recent fundraiser one of the caddies showed up unexpectedly and carried his bag all day for more than 100 holes – all with a smile on his face. 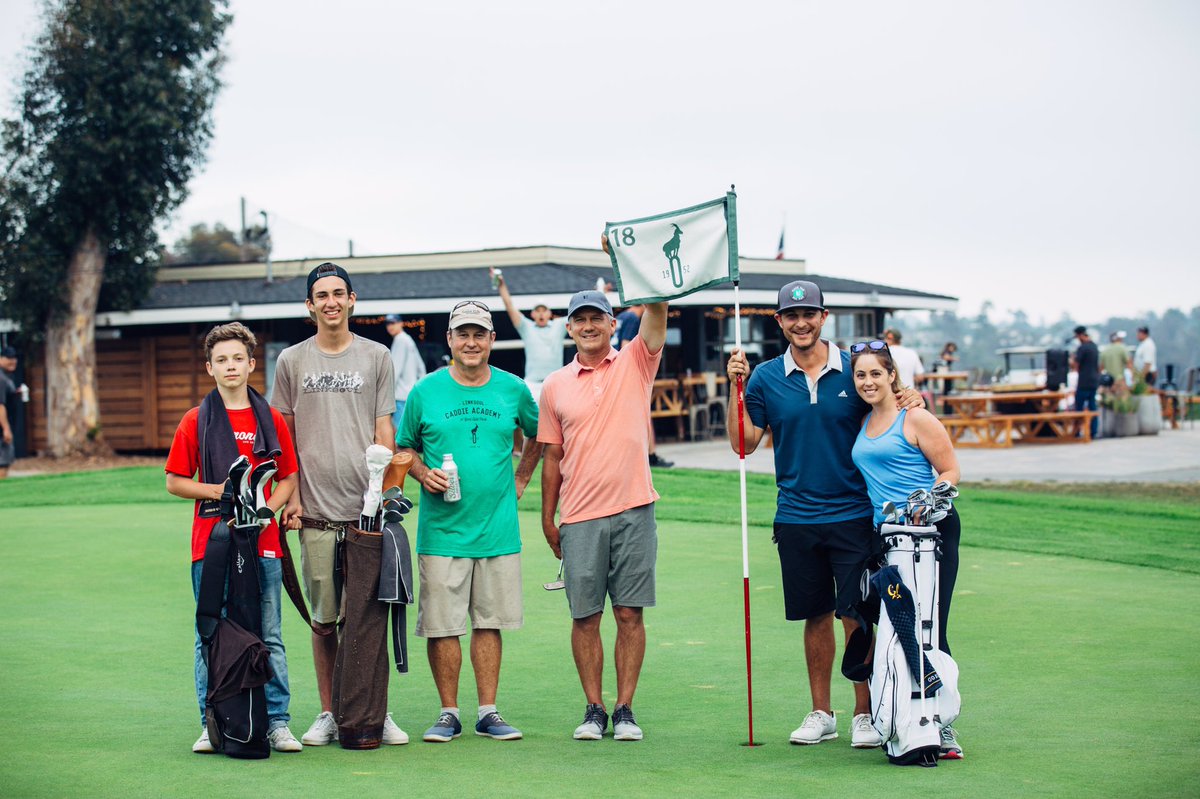 The goal is to keep growing the program larger every year and refining the guidelines. The more impact it can have on the local community, the larger the chance similar programs can sprout up at other golf courses.

How You Can Help

Hearing about programs like these is very inspiring to me, and I hope it does the same for you. Golf is a business, but it’s nice to see that the game still can serve as a positive influence on this world.

If you’re interested in lending a small hand to the program, there are a couple of ways you can get involved.

Linksoul has designed an awesome tee-shirt for the academy, and all proceeds will go towards fundraising for the program. You can purchase it here.

Additionally, you can donate directly to the North County Junior Golf Association on their website here.