How Does a $500 Launch Monitor Perform? 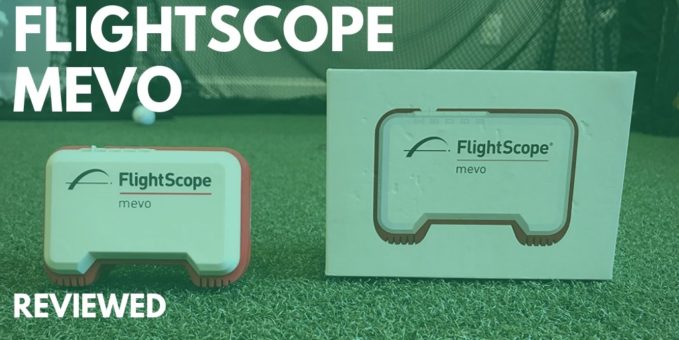 The FlightScope mevo has become a very popular launch monitor for golfers on a budget. While it’s incredibly small, it does pack some big-time features that golfers typically find in more expensive products.

I was interested to see how the product performed, so I tested it recently so I can give all of you an insight into how it performs, and whether or not it is worth purchasing for your practice sessions.

mevo In a Nutshell

The FlighScope mevo is billed as an entry-level launch monitor that offers advanced ball flight data for only $500. When it was first announced, golfers were excited by the list of parameters it can measure, which are the following:

Additionally, they offer an app which records your data for each session and allows for swing video analysis.

I’ve tested almost every launch monitor on the market at various price points ranging from $299 all the way up to $20,000. Each of them has their strengths and weaknesses. I was curious to see where mevo fit in, so I tested it both indoors and outdoors to see how it stacked up regarding accuracy and ease-of-use.

The FlightScope mevo uses radar technology to measure ball flight, which means that it needs more space to see the ball travel. This can be an issue for many golfers because most of us don’t have a ton of space for an indoor practice area.

Their website recommends having 4-7 feet behind the ball, and 8 feet in front of the ball for optimal conditions (which I had in my testing). So if you don’t have upwards of 12-15 feet for the unit to measure, you can likely assume that indoor usage will not produce the most accurate results.

Launch monitors using camera technology (photometric) are best for indoor use because they measure the ball at impact. SkyTrak has become an attractive option for recreational golfers indoors at $2,000, and I used it as a “control” for the test to see how the mevo measured against it.

Additionally, Flightscope recommends using a metallic sticker on your ball so it can accurately measure spin rates. For indoor use, this makes sense since you can use the same balls.

Here are my results on key launch parameters versus my SkyTrak unit:

I get the sense that the mevo was also overstating spin rates. I am a very low-spin player and have tested my numbers on most commercial launch monitors like Trackman and Foresight. So my spin rates were a little bit higher than usual (but in the ballpark). Because of this, the mevo was displaying the total height of my shots more elevated than they probably were.

Lastly, I think the weakest metric it measured was launch angle. The numbers were inconsistent from shot to shot and I don’t have a high degree of confidence that they were accurate.

On the whole, I was impressed with the results indoors when I took into account its limitations. For a radar-based unit that only costs $500, I was getting pretty good data on most parameters. Would I trust it for club fitting or any other activity that requires exact precision? Probably not. But you have to take everything with a grain of salt because if you want that kind of accuracy, you have to pay more for it.

One other issue I found is that the mevo is extremely sensitive to its placement and app configuration. In the app you have to select that you are using the mevo indoors, enter precisely how far it is behind the ball, and the club you are using for each shot. If you don’t get all of these just right, it will miss your shots.

This a little frustrating in the beginning because it required extra effort to record my shots. But once I found the optimal spot for the unit it was mostly registering the correct measurements. On the whole, I think it did miss a few more shots than my SkyTrak unit, and occasionally it would record spin rates that were completely wrong. I would chalk this up to the limitations of using radar indoors in a smaller space.

Long story short – if you have space in your house, I think the mevo can work for you. You are getting metrics that are in the ballpark at a relatively low price point. If you want more accuracy and a full simulation of your ball flight, then you should look at a unit like SkyTrak

I was more interested in how the FlightScope mevo would perform outdoors. The launch monitor would have more room to see the ball travel, and I know many golfers are interested in using it as a companion at the driving range.

I took the mevo to my golf course and hit shots with several clubs to see if there were any significant differences.

Flightscope recommends that you use metallic stickers on the balls to get the most accuracy. While you can purchase 1,000 stickers for $25, I chose to test without them. I’m not sure it’s reasonable to expect a golfer to attach a sticker to the ball before every shot.

Overall, I think the mevo did well at the range. It was far more receptive to picking up shots than it was indoors. It was a windy day, so some of my numbers could have been affected by that, but here are my results:

Recently, I did a test with range balls that showed they have different ball speeds and spin rates than a premium ball. So I should forewarn you that using ball data on the driving range will not give you a complete picture.

I think the results at the range were a similar story. The mevo is giving pretty good data. It’s not exact, but it is within a reasonable range of what I have experienced with more expensive launch monitors.

Should You Purchase a Flightscope mevo?

You came to this article wondering if it was worth purchasing this product, so here are some thoughts.

Everything I evaluate on this site is through the lens of a typical golfer. On the whole, I think the data that commercial launch monitors provide for regular players is overkill. You don’t need to know every single piece of data about your golf swing and your ball flight. The reason being is that you will likely not know what to do with it – teaching professionals and club fitters should do that analysis.

At the budget level ($500 and below) I believe units like the FlightScope mevo and Voice Caddie SC200 are very good at estimating your carry distances with most clubs. The mevo goes a bit farther than the SC200 with launch angle, spin rates, and several other metrics. I did find those to be less reliable, but “in the ballpark.”

Can you make meaningful changes in your golf swing based on those numbers? I’m not entirely sure. I think budget launch monitors are best used to help work on distance control and benchmark your relative carry distances. I would like Flightscope to have some personal challenge incorporated into their app, which gets you hitting to random distances and makes it more of a game to make practice more meaningful and fun.

For $500 I think you do get a lot of value out of the mevo. If you have space indoors or want to bring it to the range, it can give you a glimpse into what your ball is doing. It’s not the entire picture, because you won’t get a metrics like a simulated ball flight and shot dispersion to the left and right of your target.

Overall, I think the mevo is an in-between product, offering a decent look into your ball flight but without the entire picture. I think this is for golfers who are tech enthusiasts. If you like evaluating data but don’t want to invest thousands of dollars it could be for you.

Most importantly, if you have reasonable expectations going in, I think you’ll be pleased. You can learn more about the Flightscope mevo and purchase the unit on their website here.

Your Golf Practice Sessions Are Likely Missing THIS...How I Practice With the SkyTrak Launch Monitor