It’s Not All or Nothing: Incremental Progress Is the Key to Golf 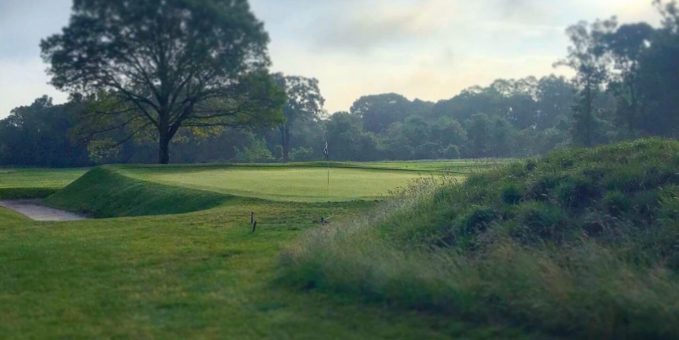 One of the hardest things in golf is to keep perspective of where your game stands. You can have weeks or months of great play, and all it takes is one shaky round to have you staring into the abyss.

I’m here to remind all of you (and myself) that progress is not about significant breakthroughs, it’s more about small incremental changes that build over time. If more golfers can start to understand this concept, I believe they’ll enjoy the game more and allow themselves to actually improve rather than continually make changes without giving them proper time to work.

There Is No Such Thing as a Fix

I don’t like the word fix when speaking about golf. It implies that something is permanent or done forever. I believe you’re setting yourself up for failure and disappointment whenever you think something is fixed. How many times have you been at the range, and declared victory on a swing problem only for it to show up again weeks later? I know I have.

A lot of times, the notion of fixing is used to sell you a training aid or swing system.

“Fix your slice forever with this one tip!!!” Of course, you’re going to click or buy.

The truth of the matter is that you can’t fix or eliminate a slice forever. Like I can’t stop hooking the ball too much from time to time. We all have our swing flaws that show up.

Here’s the good news though – you can make these mistakes occur less often. So rather than thinking you’re never going to lose a tee shot into the right trees, you can focus on having it happen maybe one or two times less per round in the beginning, and build from there.

Getting better at golf is really about incremental progress. You want to build up a bunch of small wins that will be mixed in with some setbacks. Over time those will build into something much better, and you’ll look back and realize that you may have climbed a mountain by merely walking up a bunch of small hills (sorry, that was a horrible metaphor, but I can’t think of anything better).

Golfers are always on the search for answers. The game is complicated and frustrating, and we’re all looking for help. I’m deeply grateful that many of you come to this website for that advice.

We tend to consume a lot of information throughout this process. I can remember reading plenty of magazines and books when I was a junior golfer. Each time I put them down, I was filled with hope, optimism, and tons of great ideas. However, when I tried to put them into practice, I found myself dejected because there weren’t immediate results, and I had too many thoughts floating around in my head while I played.

The truth of the matter is all it takes is one small kernel of an idea that can make a tremendous impact on your game. I try to disperse these kernels to all of you in different formats. You might read 20 of my articles, but only one of them could be relevant to your game at that moment.

For example, a couple of years ago, I was frustrated that I wasn’t making progress in tournament play. I sought the advice of a friend Scott Fawcett, who is the creator of a great strategy system called DECADE. All it took was one statement from him to make a meaningful impact on my game. He told me if I wanted to have any success in competitive golf that I had to embrace my driver, which I had been avoiding at the time at all costs.

I took that information and focused on it for a long time. Through practice, equipment changes and strategy alterations, I now believe my driver is my weapon and my favorite club in my bag. It certainly didn’t happen overnight, but that advice helped me self organize in a way that helped change my identity as a golfer who was scared of hitting driver, to one that embraced it. There are still plenty of days where I’ll hit the big stick poorly, but I’m committed to that idea.

Stop Putting So Much Pressure On Yourself

One of my challenges is that I don’t want golfers to feel like they have to be perfect when they embark on any changes.

Let’s take strategy, for example. I’ve written plenty of articles on how avoiding mistakes through smart target selections on the course will save you strokes. The information is straightforward to understand, so much so that you read it once and you think you’ll have the game solved. The problem is execution.

Strategy is almost more about psychology. When you’re in a recovery situation after you hit your tee shot into the trees, your instinct will be to play aggressively to make up for the mistake. However, I’ve told you that if you make a bogey in that situation, you’ll keep pace with PGA Tour players. The smart play is to get your ball back to safety and take your medicine.

Even if you’re committed to doing that during your next round, at the moment you will be lured into thinking you can thread your ball through the trees onto the green. Golf has a way of bringing out the inner gambler in all of us. If you do choose the aggressive route, and it results in disaster, that’s OK. You don’t have to beat yourself up over it because mistakes are always going to happen.

But let’s say you do start making a smarter decision a few more times during a round. You’ll likely see some small improvements in your score. Perhaps you avoid a couple of triple bogeys and make bogeys instead. That’s four strokes! If I told you before you teed off that you could eliminate four strokes, you’d probably take that deal in a heartbeat.

This Can Be Applied To Anything

Whether you’re taking lessons and making swing changes, trying to alter how you practice, or only making a commitment to yourself that you won’t lose your temper during a round – it’s all about the small wins.

If you expect great results quickly, you are just setting yourself up for failure. It’s precisely why most golfers give up so fast. Also, if someone promises you too much too quickly, I’d caution you to take their words with a grain of salt.

Stay patient, and enjoy the ride.