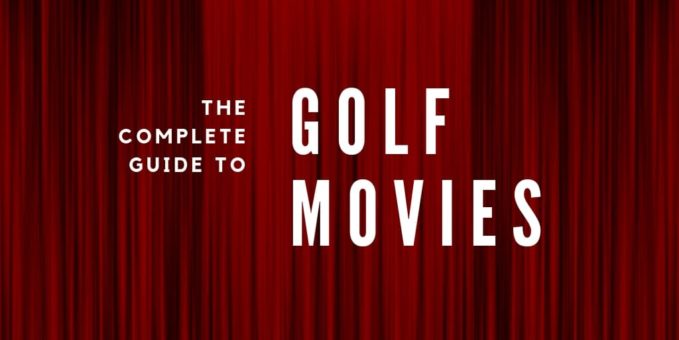 You’re familiar with the golf classics like Caddyshack and Tin Cup, but did you know golf movies have been around since the 1920s?  Everything from biographies to possessed lawnmowers, the stories stretch from inspiring and courageous to downright goofy and cringeworthy.

Microwave some popcorn, refill your movie queue, and scratch that offseason itch with the most comprehensive list of golf films ever! We’ve included all of the IMDB ratings to let you know what the masses think as well as trailers to help you decide what to watch.

Driving range professional Roy McAvoy attempts to win the U.S. Open and the love of his rival’s girlfriend in the 1996 golf classic Tin Cup. With the help of his friend and caddy Romeo, McAvoy has to battle his ego to compete with the best.

Tommy’s Honour depicts the relationship and lives of Old Tom Morris and his son Young Tom Morris as they found the modern game of golf.

Golf fans know the remarkable story of Bobby Jones, the only player to win all four majors in a single season and then retire without ever turning professional. Jim Caviezel stars in the dramatic retelling of Bobby Jones: Stroke of Genius.

Bushwood Country Club has a few problems with the new member and destructive gopher in the 1980 classic, Caddyshack. Chock-full of comedic performances and quotes made for the course, this movie belongs in the World Golf Hall of Fame and every golfer’s shelf.

In 1950, 13 amateur women golfers defied all odds to create the Ladies Professional Golf Association. The Founders documents the struggles throughout their incredible journey for equality.

At the 1913 U.S. Open, Francis Ouimet changed the face of the game forever.  In a time where golf was only a sport of the wealthy and privileged, Ouimet competed as a working-class amateur. He would have to defeat expectations and his idol, Harry Vardon, to become champion in The Greatest Game Ever Played.

As a hockey failure, Adam Sandler learns he has a unique talent for golf in the title role of Happy Gilmore. When the IRS threatens to take his grandmother’s home, Happy has to find a way to turn his skill into money before it’s too late.

After returning from the war, Rannulph Junuh has to regain his courage and game to help save his estranged girlfriend’s golf resort. His only hope is the guidance of a mysterious traveler in The Legend of Bagger Vance.

Slamdance co-founder Jon Fitzgerald attempts to go from novice golfer to tour professional after turning 40. In The Back Nine, Fitzgerald documents the difficulty of balancing his improvement while maintaining his relationships and usual day-to-day business.

Tired of all the instructional videos not helping your game?  Let Leslie Nielsen teach you how to get better at being bad in Bad Golf Made Easier. This spoof has valuable lessons for the course, such as “the sure way to hit a par is to leave a four-foot birdie putt two inches from the hole.”

Accused of alleged cheating, disgraced former professional Mike McDermot resorts to hustling country clubs to pay back a loan shark until the fateful day he meets the man responsible for his demise in Banning.

Redwood believes the only way to bring his hippie father and estranged mother back together is to beat Jack Nicklaus at the Masters. The strong headed 11-year-old uses his imagination and a tip from his step-grandfather as he dreams of reuniting his family in Becoming Redwood.

Danny O’Connor takes his daughter, Birdie, as his caddy in Birdie & Bogey. The surprising duo starts to make waves in the golf world until illness threatens to tear them apart.

When a serial killer jeopardizes the opening of a televised pro-am, the country club owner enlists a secret investigation from his club pro to find the source of the killings. Questions and bodies keep piling up in the clunky horror film Blades.

As the years pass, four men continue to return to the golf club that formed their friendship in The Boys of Sunset Ridge. The inspiring bond among this group stands to prove that no matter how much life can change, golf remains constant.

Dean Martin and Jerry Lewis make quite the duo in the 1953 musical-comedy, The Caddy. Full of slapstick, gags, and memorable tunes, this film is a real golf treasure from the Golden Age of Hollywood.

The Short Game documents eight young golfers in their pursuit to become the 2012 U.S. Kids Golf World Champion. With talent from across the globe, the stories intertwine at Pinehurst, North Carolina.

When a tacky millionaire gets rejected by Bushwood, he decides to buy the club and turn it into an amusement park for the sequel, Caddyshack II.

Based on the Dan Jenkins novel, Dead Solid Perfect tells the story of a professional golfer who refuses to grow up. Kenny Lee (Randy Quaid) has to get his life together before he loses everything important to him.

Seve The Movie mixes dramatic recreations with archival footage to tell the harrowing journey of Seve Ballesteros’s rise from rags to charismatic champion.

After a disastrous debut on the pro circuit, Luke Chisolm tries to escape his demons when he ends up stranded for Seven Days in Utopia. The town welcomes him and attempts to open his eyes to a different way of living.

Augie’s talent on the course catches the eye of a notorious gambler, who sees an opportunity to make them both money. The stakes keep getting raised until the young golfer’s game becomes a matter of life or death in The Squeeze.

“Diminutive sportsman” Derk Dorf tees up some laughs and lessons with his clueless caddy Leonard in Dorf on Golf.

From humble beginnings to the most famous return in sporting history, Follow The Sun is the biographical telling of the triumph and tribulations of Ben Hogan. Glenn Ford and Anne Baxter star in this inspiring tale.

Only the second all-color all-talking feature to be produced by Paramount Pictures, Follow Thru is a musical, romantic comedy based on the 1929 Broadway musical of the same name.  After being defeated by another club’s champion, Lora Moore hires an instructor to help her with her game.

Four friends reconnect on the course after meeting again at their 20-year college reunion. What starts as a friendly bet among the group begins to heat up the comedy The Foursome

From the Rough is the true story of Dr. Catana Starks, the first African-American woman to coach an all-men’s collegiate golf team. Tasked to build Tennessee State’s first golf team, she turns an unruly group into champions.

A promising young golfer spends the summer caddying at an elite country club. Once he’s paired with a former touring professional (Gary Sinise), Timmy Price begins to understand the ways of the world around him in A Gentleman’s Game.

Michael Murphy’s classic golf novel, Golf in the Kingdom, is brought to screen in the 2010.  Before he can make it to land of enlightenment, Murphy meets a mysterious man named Shivas Irons. The unexpected encounter forever changes Murphy’s perception of golf and life.

The Golf Specialist is a short, slapstick comedy starring W.C. Fields.  In his first “talkie”, Fields plays J. Effingham Bellweather, a con artist who offers to give the hotel detective’s wife a golf lesson.

When the Pennytree Golf Club faces closing their doors due to rival Bentwood stealing their business, John Pennytree and his daughter Liberty fight back with alternative tactics to draw a new audience in the raunchy comedy Golfballs!

When a slacker college kid tries to hustle sadistic plastic surgeons on the golf course, he gets the surprise of his life.  Hole in One can only be described as “American Pie plays golf”.

Love in the Rough is a Pre-Code, musical remake of the 1927 silent comedy Spring Fever. Jack Kelly goes from shipping clerk to country club after his boss catches him breaking windows with a golf ball. He tries to conceal his identity to romance a wealthy heiress at the club.

As a former college baseball star and failed entrepreneur, Anthony “Babe” Lombardo happens upon a secret that he thinks will finally get him out of debt in The Man with the Perfect Swing.

Jim Murdock is too caught up in his work to realize his golf-loving wife is drifting away. In Part Time Wife, he has to learn the game and how to win back his estranged spouse with the help of an Irish caddie named Tommy Milligan.

Despite being an avid athlete, Pat Pemberton performs poorly when her fiance is around.  Her shady promoter, Mike Conovan, has to keep them apart, but starts to fall for her himself.  Katharine Hepburn stars in Pat and Mike.

Narrated by Samuel L. Jackson, Uneven Fairways shines a light on the deep history of courageous African-American golfers who paved the way for future generations on the course.

A shipping clerk pretends to be a professional golfer to romance a wealthy heiress at a country club. Based on the 1925 play of the same name, Spring Fever is a silent comedy and possibly the oldest golf story on film. It was remade as a musical with sound in 1930 as Love in the Rough.

Pro golfer Zoe Papadopoulos escapes the public eye to her grandparents’ village in Greece after a meltdown during a tournament. She soon rediscovers her love of the game and her heritage as she takes on an American businessman set to change the local landscape. Shannon Elizabeth stars in Swing Away.

The Three Stooges decide to take up a little golf after finding out the brewing company they work for is sponsoring a golf tournament with cash prizes. The patrons and groundskeepers quickly figure out these boys do not belong in Three Little Beers,

Witness the private and professional life of one of the greatest golfers of all time in the biographical feature The Tiger Woods Story.

After being denied, an Atlanta rapper grants his own membership to an elite country club by buying adjacent property. In Who’s Your Caddy?, C-Note tries to add new life to the stingy club before the board President can kick him out.

Once you’ve mastered Bad Golf Made Easier, Leslie Nielsen can teach you the worst way to beat your opponents in Bad Golf My Way. Laugh along in this sequel while you learn to take money from friends and foes on the course. 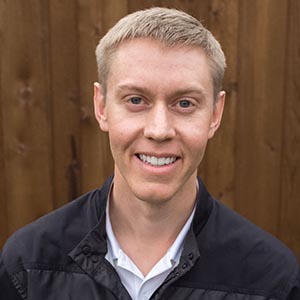 John is an amateur golfer and creator of the Subpar Golf Blog.  He’s an avid experimenter and data tracker determined to take his subpar game all the way to a qualifying tournament for the 2020 U.S. Open.  He currently resides in the Dallas/Fort Worth area.