The New Equipment Brand That Might Turn Some Heads 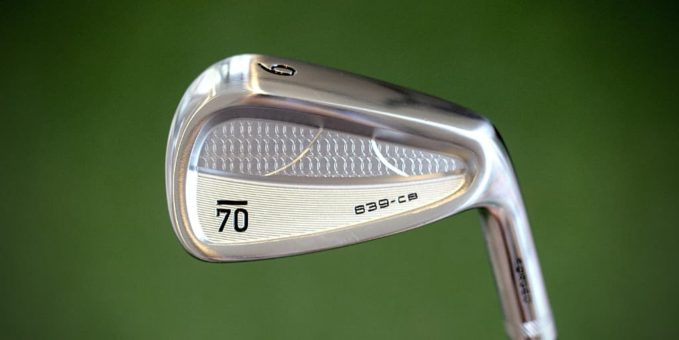 Sub 70 Golf recently launched a line of golf clubs promising handcrafted custom equipment, factory direct prices, and a team of club builders who will make sure you are happy with your purchase. Their initial line features several sets of irons and an option for every club in your bag. The twist is the prices are much lower than what you would see from the competition, and everything is built to your specifications.

Based out of a small town in the Chicago Suburbs, this new equipment company is looking to carve out a name for themselves in the growing direct-to-consumer model. While they’ll have their work cut out for them, there are certainly more golfers who are tired of paying $500+ for the annual driver release, or over $1000 for a set of irons.

The big question is – can they deliver on their promises, and more importantly, how will they acquire customers in an industry that caters to the larger equipment brands?

Recently, I got a chance to try out their 639-CB irons and speak with their team to learn a little more about their story.

Sub 70 Golf was founded by Jason Hiland, who has been in the golf business for more than two decades. He currently runs several other companies in the industry, and Sub 70 is the culmination of years of product design and sourcing.

I got a chance to speak with Jason and his director of marketing, Jay Armour. They are both keenly aware that the company is a substantial underdog in the equipment market, but they are passionate about the business and want to do things their way.

Many golf companies (especially equipment manufacturers) want to exert control over anyone who is writing an article about them. I found Jason and Jay to be refreshingly honest, and their stance was “we’ll let you try out the clubs and write whatever you want, we’re fine with it.”

Additionally, when I brought up the various objections that potential customers could have, and even my own, they didn’t try to downplay them or convince me otherwise. They’re quite comfortable in their skin, and how they want to approach the market.

Neither Jason nor Jay wants to make outrageous promises to golfers, which many companies do to get their attention. They are not claiming to have superior technology that will outperform the competition. What they do want people to know is that they did not cut corners on quality. Sub 70 will have strong attention to detail when they build customers’ clubs, and when you call them, you can speak to someone who will answer your questions or deal with any issues you might have. The goal is to give golfers a great product at a lower price because they have cut out the middleman and won’t spend big dollars on advertising.

Currently, Sub 70 Golf has three sets of irons available for sale. I decided to try their forged cavity-back model, the 639-CB.

Working with the team at Sub 70, they were able to build a 9-iron, 7-iron, and 4-iron with almost the same specs as my current irons. We had the lie angles adjusted and matched the shaft, which is what you can expect when you place a custom order with them.

I know looks are critical to golfers (less so to me), but I think they did an excellent job. The 639-CB is beautifully crafted, and when you see it in person, you don’t think it is a budget golf club. If you told someone they cost $2,000, they’d probably believe you and wonder who the new premium brand is.

As you would expect from a player’s iron, the faces are smaller than you would see on a game-improvement model. The top line is a little thicker than some of the other similar models out there, but things like this can be subjective.

My only criticism of the design was that the face on the long irons seemed to appear smaller, which can be more intimidating visually.

I’m more concerned about performance though.

The 639-CB is designed to perform like many of the other cavity back forged irons that have been around for years. A golfer who chooses an iron like this wants exceptional feel, performance, and workability on shots struck well, and a mixture of feedback and some forgiveness when they miss. Sub 70 Golf doesn’t boast any unique technology in these irons (whereas their other iron sets feature more modern design features). This iron is more about craftsmanship than it is about “game-changing technology.”

I tried the irons on my launch monitor, at the range, and also on the course several times. Currently, I am playing forged irons that are much more expensive and feature some of the latest advances in iron design. I don’t want to make this article a Sub 70 vs. Brand X expose as they are not the exact same style of iron. However, I couldn’t help compare the two because I was interested to see the differences since they are both geared for a better ball striker.

Here are some things I noticed…

When struck well, the 639-CB gave me everything I wanted. The soft, buttery feel of a forged iron and optimal launch conditions that were almost exactly the same as my current irons. They’ve got plenty of distance, feel, and workability.

The differences I noticed was on the mishits. Despite being a reasonably skilled ball striker, I do miss the sweet spot fairly often (particularly on the heel). When you miss with the Sub 70 639-CB, you’ll know about it. There’s plenty of feedback in your hands and your ears. Additionally, your ball flight will suffer. This is where I noticed the differences between my current irons, which are more forgiving on off-center strikes.

Often, skilled golfers are divided on this issue when it comes to player irons. Some want the feedback (and penalty) of missing the sweet spot. Others, like myself, do want to have more of a safety net on mishits. I can’t precisely measure how forgiving or penalizing the Sub 70 irons are, but I would say they are very similar to the other classic designs I have tried out there (that cost much more as well).

Long story short, if you are in search of a players iron that fits this mold, I don’t think you’ll be disappointed by these at all. They certainly can keep up with many of the higher-priced models that are comparable in design. Additionally, being able to get them custom built with premium shafts for a much lower price certainly makes them alluring. You can snag the 639-CB irons for as little as $514 (5 – PW). Adding more clubs and upgrades in grips and shafts can bring the cost as high as $800.

Some Caveats, But Not Dealbreakers

In a perfect world, I want all golfers to be custom fit. I’d tell you to work with a brand agnostic club fitter who has access to a variety of heads and shafts. They should also be able to test on a launch monitor such as the Foresight GCQuad that can measure important launch characteristics, swing tendencies, and measurements like your dynamic lie angle at impact. After honing in on the right combination, you can then take a test club out on the range or course to see how it performs. Then you would place your order, the fitter would build your clubs and triple-check all of the specs (mistakes get made all the time), and you’d have the right set of clubs for your swing.

We don’t live in a perfect world though. Plenty of golfers don’t have access to clubfitters who have the expertise and ethics to deliver them the right combination of equipment regardless of cost or band name. On top of that, any custom fitting service worth their knowledge will usually charge extra for their time.

A lot of golfers don’t have the budget, time, or geographic ability to satisfy these high standards. That’s why so many players buy off the rack based on marketing claims, or order online and guess what kinds of specs they need.

Sub 70 Golf can fit in nicely to a niche that helps these kinds of golfers. Not only can they save them money, but they can offer some feedback on specs that are better than ordering standard. They do have an online static fitting tool, which is certainly not perfect but it might be better than nothing. Or you can call them up directly to speak with someone. Additionally, if you do happen to see a clubfitter locally, they can build clubs for you based on their recommendations.

It’s not perfect, but offering a more personal touch to the process is a welcome change.

Where Will Sub 70 Golf Fit In?

Sub 70 isn’t trying to say they have better clubs than anyone else; they’re saying that they can beat the competition on price and customer service. Based on what I saw, I think they have a decent chance of doing so.

It’s going to be very difficult to challenge the status quo of the equipment industry. The big OEMs are always going to win out because they are pulling the strings of the golf industry from top to bottom. However, there are a growing number of golfers who are willing to experiment with direct-to-consumer brands that can offer them a more personalized experience, and more importantly, save them money. There’s a precedent with companies like Bombtech, who have taken a little different approach but have managed to build a nice business out of a small warehouse in Vermont.

I believe this is where Sub 70 can potentially fit in. When you can offer golfers exceptional customer service, a quality product, and save them money – you can start to build brand loyalty, and word of mouth usually brings more customers. It will be interesting to see if this happens for the small club manufacturer out of Sycamore, Illinois.

If you are interested in trying out their clubs, they offer demos on almost all of their models and have a 60-Day Guarantee after you buy them. From what I heard, you might get follow-up calls from their team to see if you are happy with the clubs.

How to Evaluate Your Rounds

How To Record Your Golf Swing Properly [Full Guide]