Why You Want To Become a Boring Golfer 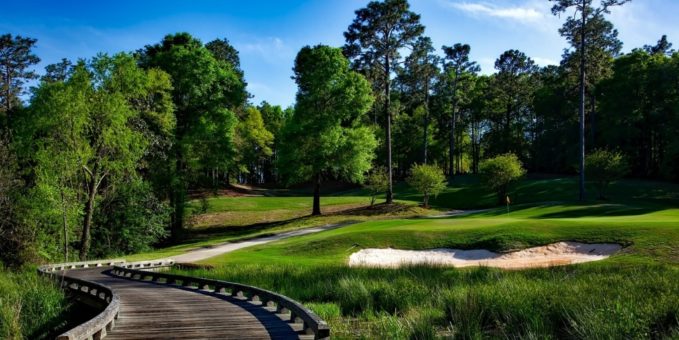 About 12 years ago I randomly played with a golfer that opened up my eyes. He effortlessly shot par on a challenging course. His score wasn’t the most impressive part; it was how he did it. There was nothing special about his day – he wasn’t knocking down pins and draining 30-foot putts. I couldn’t even tell you much about what he did because it was utterly boring. It was mostly keeping his ball in play off the tee, hitting greens, and two putting.

I desperately wanted to shoot those kinds of scores, but this round, in particular, changed my perception of how it would happen.

Like many of you, the notion of the kind of golfer I wanted to become did not match up with reality. I assumed it would take much more variety in shotmaking and feel more dramatic. Looking back on it now, it was my false expectations that were partially holding me back.

The truth of the matter is that becoming a better golfer is really about becoming a more boring golfer. I’ll explain why…

The Romantic Notion Of Golf

I’m going to burst all of your bubbles a little bit, but I assure you I am trying to help.

There is a lot of admiration in the golfing community for the “shotmakers” of the game. In the past, it was guys like Lee Trevino and Seve Ballesteros who could bend their golf ball in almost any direction and manufacture creative shots for each situation. While today’s golf ball and equipment make this harder to do, a modern version of this would be Bubba Watson.

The beauty of their games is that they use creativity and skill to address the shot at hand. There is plenty of variety, and more importantly, it is incredibly entertaining to watch.

I find that a lot of recreational golfers (including myself for a long time) assume that they have to play the game this way to improve.

The truth is that it takes a great deal of skill and preparation to work the ball in both directions, adjust your trajectory, and play five different kinds of wedge shots around the green. Those three men that I mentioned dedicated their lives to be that kind of player.

Regular golfers don’t have the kind of time and ability to perform all of those shots under pressure in a real round. I believe that you should do the opposite, and simplify things as much as possible.

As a golfer, you don’t want to be a diner that can make 50 different mediocre dishes, you want to be the high-end restaurant that is good at making just five.

I recently saw this interview with Ben Silverman, who shot a 63 on the Web.com Tour and claimed the final spot for PGA Tour status next year:

“I decided that I’m done trying to hit shots that aren’t in my wheelhouse. I know there are a select number of shots that I’m good at hitting, and I’m sticking to those now.”

Ben is one of the best golfers in the world, and even at his level, it took a while for him to understand that the best way to play the game was to narrow the kinds of shots he plays. I can guarantee you he is capable of hitting any sort of shot you ask of him on the practice range without blinking an eye. But when you have one chance to execute, we all know things are different.

This kind of thinking can work at any level, whether you are an aspiring tour player, or looking to break 100.

You don’t need to hit a fade and a draw on the course depending on the pin placement or shape of the fairway. Hitting one shape predominantly (and well) is just fine.

If you are short sided to the pin, don’t open the club face and try the hero flop shot. Hit your standard chip shot past the pin, and accept your bogey.

What Is Your Version of This?

It took me a while, but I am finally playing the golf that I witnessed that day 12 years ago. I went from fighting against myself to paying more attention to my capabilities.

I know a lot of you reading this don’t want to play a more “boring” style of golf, but like many things in life, we can’t have it both ways. If your goal is to shoot lower scores, then I think it makes sense to take a hard look at your game and start thinking about a very narrow style of play that suits the shots that you are better at executing.

That might look different from one golfer to the next, so I can’t tell you exactly what is the right formula for you. As always, I try and point you in the right direction on this website.

If playing a wide variety of shots is more fun for you, that’s OK. There is no right way to play this game, and I don’t want to discourage you from what makes you a happier golfer. It’s just my opinion that these two concepts are at odds with one another when it comes to your score at the end of the round.

How Do Range Balls Perform vs. Premium Golf Balls?Goat Hill Park's Caddie Academy: Golf Can Be More Than Just a Game